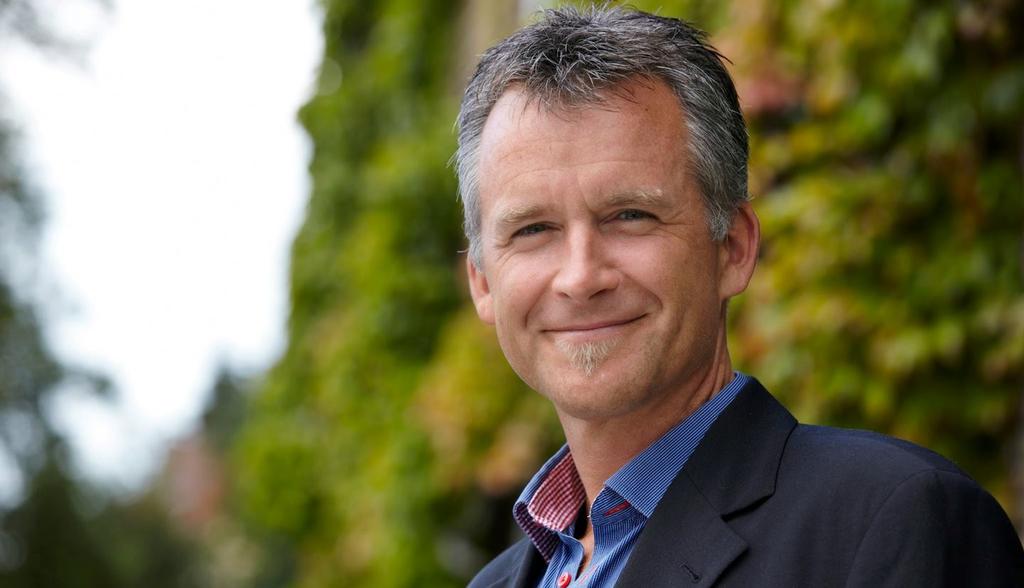 Sometimes we reach people through their heads, or through their hearts, or through their stomachs-we're winning them over one at a time by feeding them facts, good experiences, and good food," says Paul Holmbeck, director of the nonprofit Organic Denmark. "Promoting organic food is like having the Swiss Army knife of issues," Holmbeck says. Organic Denmark can make its case to consumers by using arguments based on animal welfare, biodiversity, clean water, healthier food, climate change, small businesses, family farms, and new exports. Perhaps that's why Denmark sells a greater proportion of organic food than any other nation. Twenty-nine percent of milk, 23 percent of eggs, and 85 percent of baby food sold in Denmark is organic. A majority of Danes buy organic every week.

In 1987, Denmark became the first country to establish organic standards. But the movement was fragmented; eight small organizations represented farmers, consumers, food companies, and others. Three of the groups hired Holmbeck in 1995 as a political analyst. He recommended merging the eight groups into one. They did that in 2002, creating Organic Denmark (OD) and naming Holmbeck the director. The organization coordinates marketing, export promotion, and lobbying on behalf of the organic food community. Its specialists provide advisory services to farmers, caterers, and supermarkets. Organic sales doubled from 2003 to 2008 and grew by 25 percent through the economic downturn that followed. Mette Gjerskov, a former Danish agriculture minister, told a crowd of farmers and foodies last year that Holmbeck was "the best lobbyist in Denmark."

But Holmbeck can't vote in national elections, because he isn't a Danish citizen; he's American. His interest in organics began 25 years ago when he joined a food co-op in Durham, North Carolina. That's where he first became excited about how organic farming could create better food and a better planet. After marrying a Danish woman and moving to Denmark, he became active in persuading the parents and staff of his children's preschool to switch to organic food. Parents in other Danish cities were doing the same in a grassroots movement called "kitchen conversion." Conversions of public kitchens to organic became hot political issues in some city elections.

Nearly two decades later, Holmbeck and his OD staff pursued a national goal of sourcing 60 percent of all food for public cafeterias-schools, nursing homes, hospitals, prisons, and preschools-from organic farms. Ten days after a new government won election in 2012, the conversion was law. Those kitchens cook half a million meals a day and will create demand for 40,000 more acres committed to organic farming.

"We're not just substituting organic for conventional food. We're actually changing the whole way food is made in public kitchens," Holmbeck says. This conversion involves training to reduce waste and use less-but better-meat and more vegetables. The changes have been achieved without increasing costs.

Holmbeck has advice for Americans who want to move school and other public kitchens in an organic direction. "Find a champion in the administration, city council, or school board who'll stick their neck out," he says. "Work with public health officials. The front line is the people working in the kitchens; they make it work. Call a meeting, bring organic food, bring an organic farmer. Some decision makers have never tasted organic food or heard what organic farming can do for animals, the environment, the soil, or themselves."

On the retail front, OD has created a model followed by other European Union (EU) nations. It collaborates with supermarket chains to boost organics and curtail foods made from genetically modified organisms (GMOs). Staff members hold tastings and demonstrations in supermarkets.

All EU nations require products containing GMO ingredients to be labeled. While supermarket chains in the United States underwrite misleading campaigns to forestall GMO labeling, "most of the Danish supermarkets don't put anything on the shelves with GMOs on the label," Holmbeck says.

OD's mobile product development team meets with farmers and small companies to create value-added products. A top chef and a product specialist, for example, collaborated with apple grower Mette Meldgaard to come up with a tasting menu for her organic ciders and juices, which helps shoppers pair ciders with their meals. "The product development team has even made porridge popular again with old Nordic recipes and ancient grains," Holmbeck says.

Holmbeck credits diplomatic bridge-building for the group's success. "We talk with everybody in the parliament from the far right to the far left," he says, "so when there is a change in government, we get shocks, but we recover." With a supportive government currently in power, OD's goals are to double organic exports in 3 years and to develop climate-neutral farms.

"I learned in Durham to find what we agree on and work on that. If you want political influence, if you want critical mass, you have to collaborate," he says. "Pulling consumers, politicians, farmers, and retailers into the organic movement is a huge motivational project-what's in it for them? Getting new policies is great, but it's all about finding a way into people."