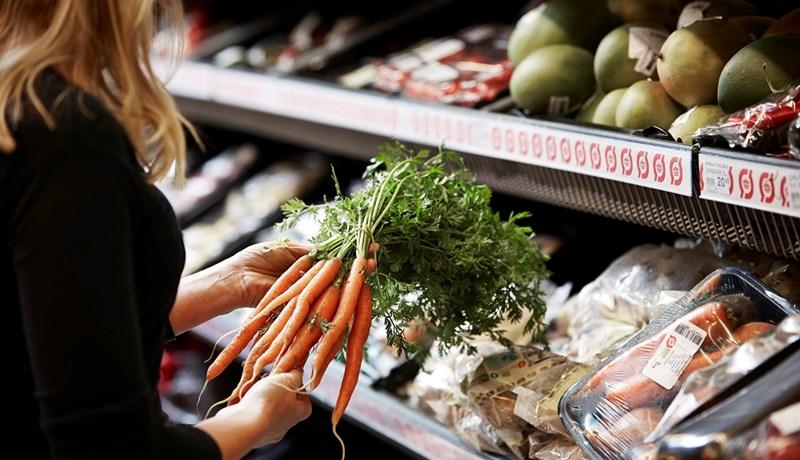 New numbers from Statistics Denmark show that the Danish customer buys as many organic groceries as never before. 2015 organic retail sales reached 7 billion Danish Kroner, which is also the biggest increase in seven years. The main reasons are the interest in animal welfare and in groceries without any remains of pesticides according to Organic Denmark.

- More and more Danish customers are interested in food that is produced in a way which protects the nature and groundwater, gives the animals good conditions and are healthy and without any remains of pesticides. That is the reason for this new record in organic sales. More and more customers buying organic groceries have a big influence on the Danish farmers so the number of farmers converting from conventional to organic farming increases too. The consumers vote for more organic goods through their daily purchase and are thereby changing the landscape of Danish farming, says the chairman for Organic Denmark Per Kølster.

The increase is based particularly on fruits and vegetables, which increased with 28 percent from 2014 to 2015 and now represent 26 percent of organic sales. Milk, cheese and eggs are still the biggest class of goods with 32 percent of the organic sale in total.

- The Danish people are more and more concerned that the meat, dairy goods and eggs come from animals that are treated well with a lot of fresh air and enough space to move around. At the same time one of the Danes most popular reasons to choose organic goods is the awareness of a healthy lifestyle without pesticides for themselves and their families. The security-principle has taken over, so they prefer to choose groceries which are without pesticides rather than hoping that pesticides do not harm them. That is directly connected to the sales, says Per Kølster.

Organic goods are the safest way to avoid remains of toxins. 50 percent of the fruits and vegetables that are non-organic contain remains of pesticides.

Both COOP and Dansk Supermarked announce that their sale of organic goods will continuously increase in 2016.

- We experience a really strong momentum on the retail market to get more organic products for their goods shelfs and to cooperate with new organic initiatives. The increased demand for organic goods lead to a bigger variety of goods in the retail chains. That fact makes it even more interesting and motivating to be an organic customer. This interaction results in a positive spiral which will continue the next years and will push the sale of organic goods even more, evaluates Organic Denmark’s head of market department Henrik Hindborg.

2015 the share of organic goods is estimated to 8,4 percent of the total sales of grocery goods on the retail market. 2014 the organic share was 7,6 percent.