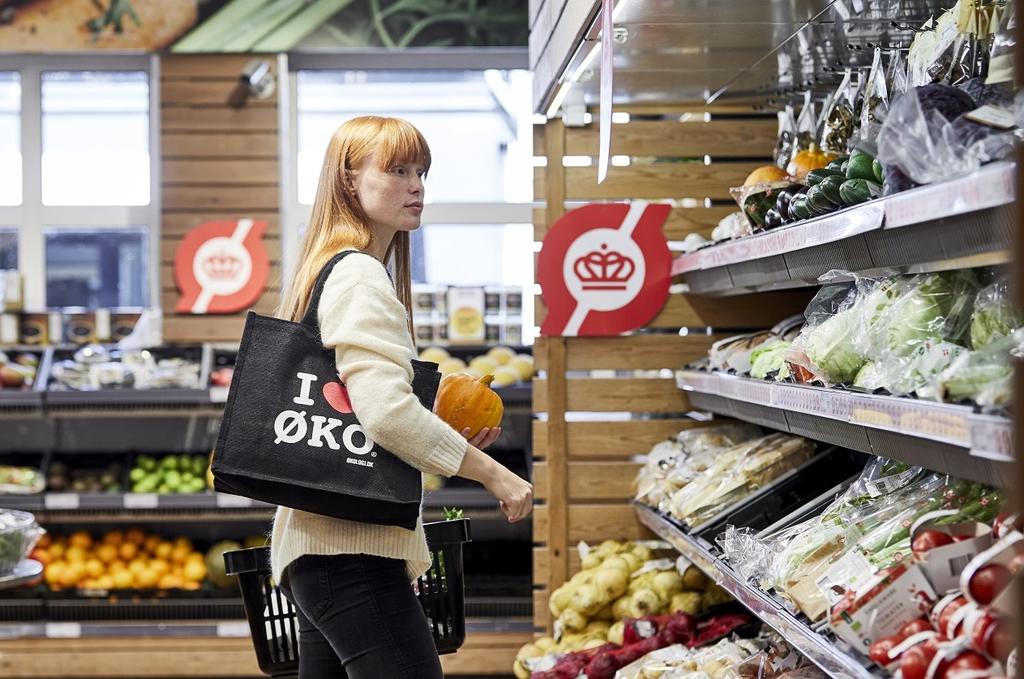 Global sales of organic food have never been greater. 2019 saw sales of EUR 106 billion—and once again Denmark is leading the way. Not only does Denmark have the largest organic market share—Danes now spend the most on organic food per capita according to a new international report published today.

On average, Danes spend DKK 2,580 annually on organic products and can thus pride themselves on a double world record because when it comes to organic market share, Denmark comes in first place with 12.1 per cent. This can be read in the annual report published today by the Swiss research centre FiBL and the international organic organisation IFOAM in connection with the opening of the world’s leading organic food fair, BioFach.

“Part of the explanation for our world record is that organic food has a prominent place in the supermarkets where Danes do their daily shopping. In many other countries, customers have to go to specialist stores to buy organic products,” explains Pernille Bundgård, International Market Director at Organic Denmark.

“But another part of the explanation is that consumers around the world are increasingly demanding foods that deliver on sustainability.”

The FiBL report also points out that organic food holds even greater potential in the future—not least because consumers have increased focus on health, the environment and climate – all of which has been highlighted by the COVID-19 pandemic.  The report explains that many European countries have seen large increases in sales of organic food during the lockdowns and that consumers have more money to indulge in organic food at a time when it is not possible to travel, eat out, or attend cultural events. However, the current report does not include the final figures from 2020.

“We see the same trends in Denmark, where organic sales have increased significantly during the pandemic. The fact that the trend is the same in the countries that Danish companies export to offers excellent opportunities not only for those who are already in the export markets—but especially those who are entering,” says Pernille Bundgård.

The international organic market has never been bigger. Organic goods worth EUR 106 billion were sold worldwide in 2019, which equates to about DKK 788 billion—an increase of three per cent over the previous year. The largest markets for organic food are the United States (EUR 44.7 billion), Germany (EUR 12 billion), and France (EUR 11.3 billion).

The international report was published on the opening day of BioFach, which this year takes place digitally from 17 to 19 February 2021. A total of 20 Danish companies are participating with a common virtual stand created in association with Organic Denmark and the network Bio Aus Dänemark. The 2 organisations have also created their own virtual platform to give the Danish companies even more attention: www.denmarkespecial.com