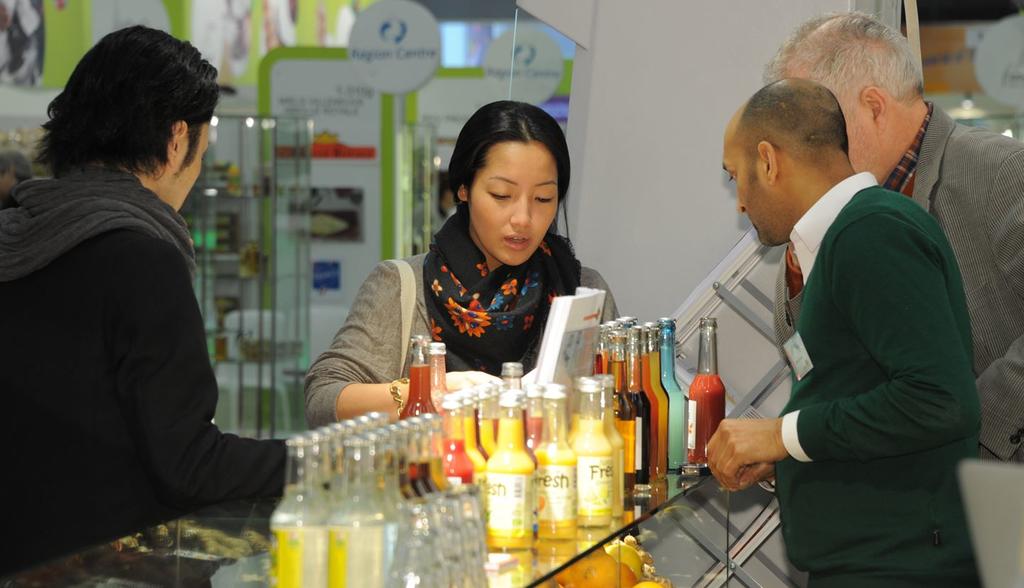 Professional, innovative and highly experienced - these are the attributes of the Danish producers that will participate in this year's BioFach trade fair, the world's leading trade fair for organics, which will be held from the 12th-15th February 2014 in Nuremberg, Germany.

Professional, innovative and highly experienced - these are the attributes of the Danish producers that will participate in this year's BioFach trade fair, the world's leading trade fair for organics, which will be held from the 12th-15th February 2014 in Nuremberg, Germany. In total, 11 companies will present themselves and their products at the joint stand of the organisation Organic Denmark, at stand 407, hall 1.

"In Denmark, we are highly experienced in organic products and the distribution of a wide organic grocery assortment", explains Helene Birk, export manager of Organic Denmark. "25 years ago, Denmark implemented as the first country in the world a state-control for organic products. At the same time, innovation plays a great role, as our companies are keen on constantly developing new and exciting products for everyday and for demanding customers", says Helene Birk. Truly, regarding organics, Denmark takes the lead: Organic products account for 7.8 per cent in the food market. Despite this, 99 per cent of the Danish customers recognise the red "Ø", the official Danish label that marks state-controlled organic products.

This year, Organic Denmark and 11 companies will be present at stand 407 in hall 1 at the BioFach trade fair 2014 in Nuremberg, Germany. The product range of the participating companies offers beverages, such as juices, soft drinks, beer and coffee, smoothies, fruit and vegetable purees, as well as eggs, poultry, meat and meat products, fruit products and fresh vegetables for the food retail industry as well as the catering sector.

"Also this year, our companies represent a broad selection of what Denmark has to offer regarding organics", highlights Helene Birk. Thus, the organic meat producer Friland and the egg producer Danæg, which already have strong positions in the German market, will be represented at the joint stand of Organic Denmark. Two participating breweries are characterised by their "all under one roof" concept, as their organic beers are entirely self-produced - from the grain to the brewing process.

At the stand, also organic meat producers will be present: While Dansk And will present its duck specialities, also Aalbæk Specialiteter, Denmark's biggest producer of organic sausages and meat products, will be present in Nuremberg. The brewery Ørbæk Bryggeri will offer organic juices and smoothies of its Naturfrisk product range, as well as its popular "Ginger Ale", which in 2012 has been awarded the Danish Organic Gold Award in the beverage category. Grower's Cup will present a novelty for coffee lovers: A disposable French press for two and three cups of coffee places emphasis on the quality of coffee, and promises fresh and excellent coffee pleasures for all those who do not want to give up on good coffee - and who do have access to hot water.

Visit us at the BioFach trade fair in Nuremberg, Germany from the 12th - 15th February 2014, and experience the variety of organic products from Denmark. Eleven Danish companies present themselves and their products in hall 1, at the joint stand of Organic Denmark, stand 407.