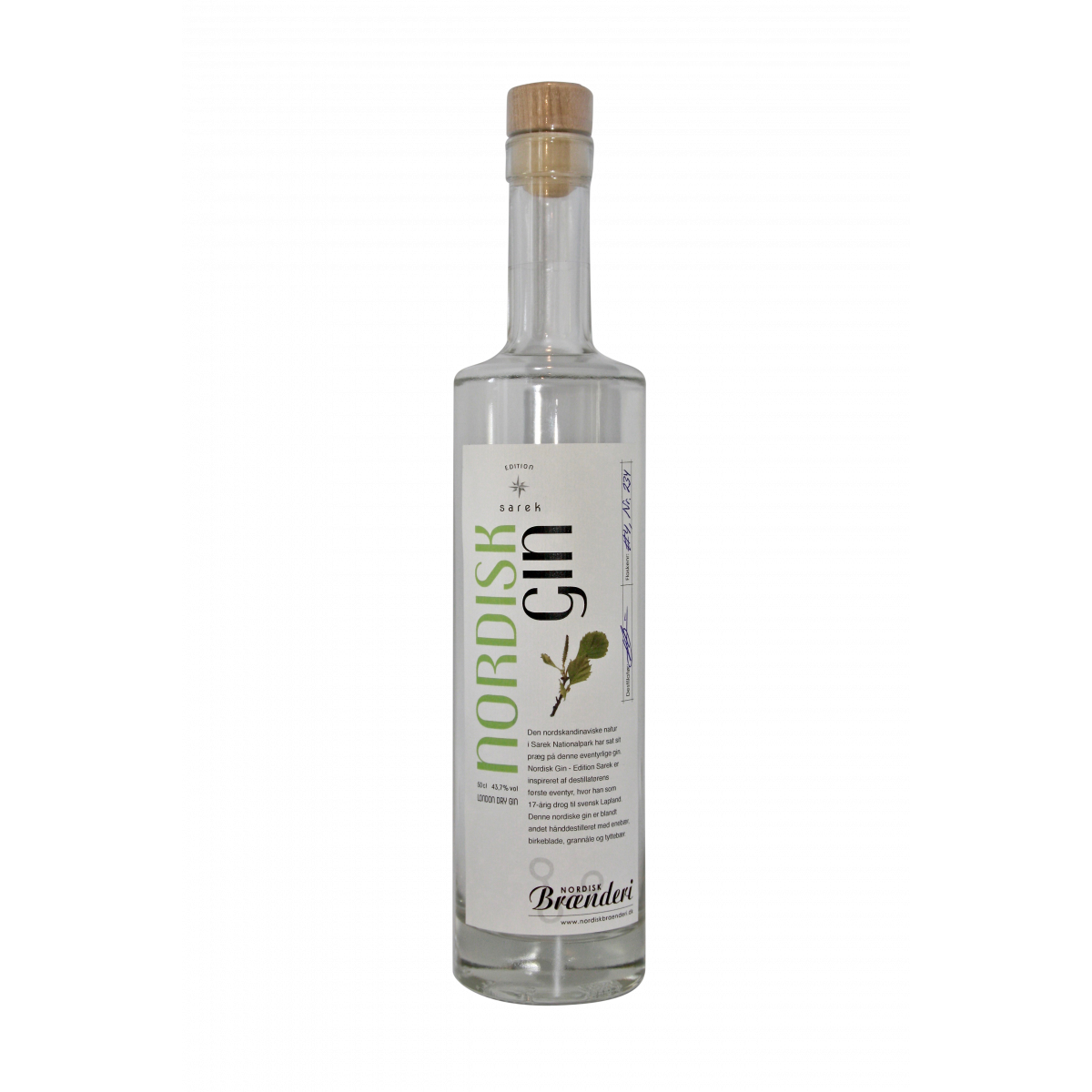 "Northern Scandinavian nature in bottle. An adventurous, young and untried Anders Bilgram - now an engineer, adventurer and founder of Nordisk Brænderi, as a 17-year-old, went on his first adventure to Sarek National Park in Swedish Lapland. Nature's unparalleled beauty and unspoiled nature made such a big impression that Anders had to make this gin, which leads the mind back to the wild nature.

Edition Sarek is distilled with hand picked birch leaves and pine needles, cranberries, quanrod and blueberries, which are some of the botanicals that Anders encountered during the journey. Subsequently, the pine has been diluted with the beautiful water from the burner's own water drilling, hand-tapped, numbered and signed. Edition Sarek is a London Dry Gin of 43.7% vol. Won a gold medal at The Fifty Best Gins in New York in 2018."

Go to our b2b webshop Visit us